Sue Beer and Emma Roberts are the co-founders of The EFT Centre, EFT Founding Masters and EFT International Master Trainers and Trainer of Trainers, and the originators and pioneers of Integrated Energy Techniques (IET), bringing together Energy Psychology and the very best ways of working with Ericksonian Hypnosis, NLP, Coaching, Cognitive Psychotherapy and Psycho-spiritual approaches. Their combined backgrounds have proven to be a very strong foundation within which the newer breakthrough approaches of Energy Psychology continue to grow and develop.

Sue and Emma were also two of the first ten practitioners in the world to be awarded the title EFT Master by Gary Craig (EFT Founder). They have both been very involved with the development of the AAMET (Association for the Advancement of Meridian Energy Techniques), now known as EFT International (www.eftinternational.org). They are the authors of Healing the Addicted Heart: 5 Stages of Transformation with EFT(Sue Beer) and Even Though I Have Cancer…(Emma Roberts), and in 2013, Step-by-Step Tapping (Sue Beer & Emma Roberts, Gaia Books).

They say:  “We met in 2002 when we were both coaches/examiners on an NLP/hypnotherapy training course at what was then The European College of Holistic Medicine (now The Phil Parker Training Institute).  We already had our separate private client practices. We worked at the college for a number of years and were introduced to EFT during a supervision session.  In brief, we got the bug, studied everything we could get our hands on (in those days mainly Gary’s video series) and then went to the US to do Gary’s Serious Disease training.  That was when Gary announced his Masters programme and we both signed up.  We ran our first training for students at the ECHM in 2004 after Phil challenged us to put it together and then formally trained as trainers and set up The EFT Centre in the same year.  We were two of the first ten masters in the world to be given Masters status by Gary Craig in 2006. Since then we have travelled the world training and presenting, run masterclasses and generally been totally immersed in the field of energy psychology.

Before Covid we shared training premises with The Optimum Health Clinic in North London, run by one of our students Alex Howard.  Now all our trainings are, and will continue to be, online.

We both live in London, but at opposite sides.  People often ask us about how our relationship works.  It just does.  I think a mixture of fun, mutual respect and support and a love for what we do is probably the best description, but it is hard to quantify.  We just like each other!!”

“Sue and Emma provide a winning combination in their work – heart AND intelligence – and I highly recommend their workshops, trainings and individual sessions. Even being in their presence is soothing… they are deeply compassionate and the amount of work they have done on themselves is evident. They have encountered profound suffering in their practices with respect and grace and make others feel safe enough to find the courage within to change.” Carol Look, EFT Founding Master

Sue originally trained in psychodynamic psychotherapy and is an experienced Hypnotherapist and NLP Master Practitioner. Sue uses her eclectic training as well as past experience gained from a very successful business career in her work. She is also a student of A Course in Miracles. Sue has extensive experience working with addictions, recovery and personal transformation – the themes of the workshops Healing the Addicted Heart and Opening to Love. She is the author of “Healing the Addicted Heart – 5 Stages of Transformation with EFT“. Sue is available for individual EFT sessions at her practice in North London, and telephone/Skype sessions can also be arranged.

Emma Roberts is an EFT Master and Master Trainer, Clinical Hypnotherapist and NLP Master Practitioner. Whilst she works with any problem state, Emma specialises in working with fertility, cancer and the highly sensitive areas of trauma and sexual abuse. She is the author of “Even Though I Have Cancer…” – a self help book to support those dealing with any form of chronic illness, as well as a reference for practitioners looking to be involved in this field. Emma is available for individual EFT sessions at her practice in SW London, and telephone/Skype sessions can also be arranged.

What is EFT/IET?
Work with Sue or Emma 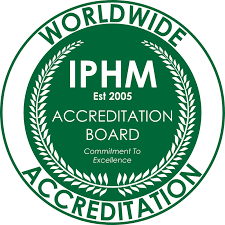 Note: While EFT seems to have supported remarkable changes in many emotional and physical issues to date, it should not be used instead of appropriate medical care. You should always consult your doctor before using any form of self-treatment.
0
0
Your Cart
Your cart is emptyReturn to Shop
Continue Shopping